Pray for An Open Door for the Word 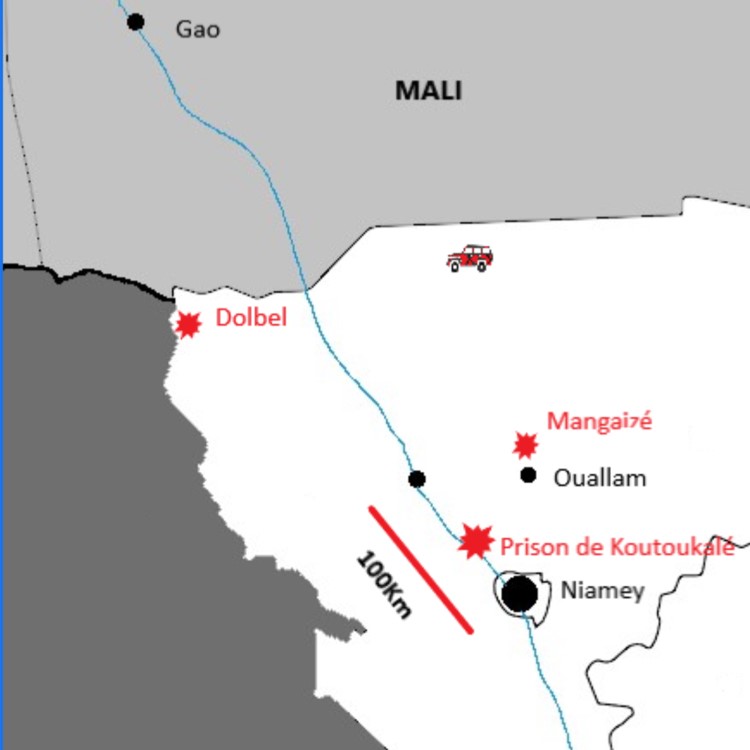 Devote yourselves to prayer; stay alert in it with thanksgiving. At the same time, pray also for us that God may open a door to us for the word, to speak the mystery of Christ, for which I am in chains, so that I may make it known as I should.
– Paul, in Colossians 4:2-4 (CSB)

We are not in chains. Though we remember and pray often for others who have been kidnapped and are in chains. The map shows three attacks from May 13 targeting a prison, a Catholic church, and a refugee camp northwest of the capital city of Niamey. A subsequent loss of 28 Niger military occurred near Mangaize. The insecurity continues around us, but we are thankful to still feel very secure in Niamey.

It’s difficult to find Tuaregs open to even talking about God’s Word. They seem scared to be caught possessing it, much less studying it for truth. And this is in the city where it is peaceful. We can only imagine how fearful others are in areas of insecurity where terrorists supposedly act in the name of their religion.

Please pray with us that God would open a door to us and those in captivity for the Word, so that we may make it known as it should. Pray also for grace on the armed forces working to establish peace and order.

May we be devoted in prayer with thanksgiving for our freedom in Christ.