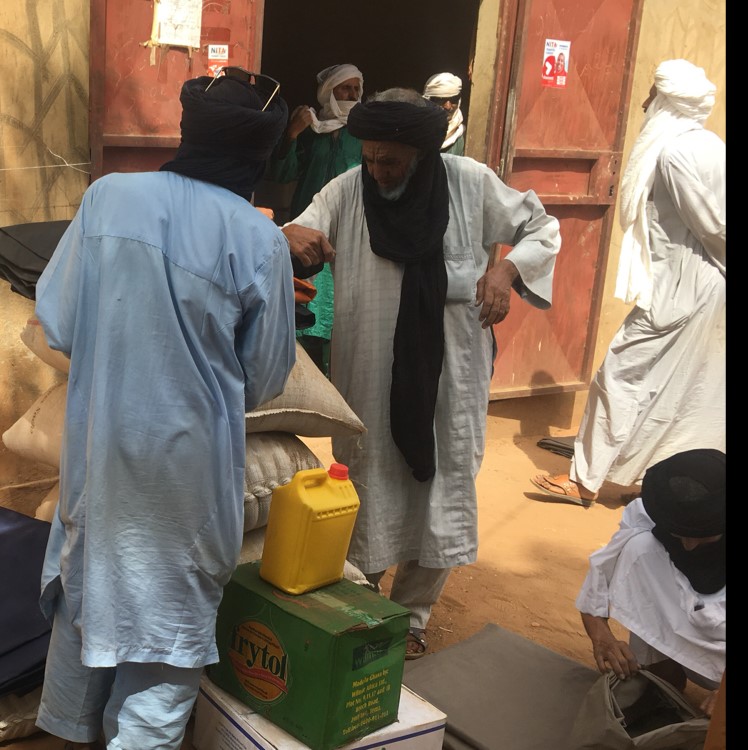 The Tuaregs we work with are courageous survivors. For generations, they survived trekking across the Sahara Desert. They survived numerous droughts since 1972. Many survived moving into the city for work, learning new languages, new laws, and a new home. A group of them has courageously stepped into partnership with us in trying new things, such as using tarps instead of animal skins or plastic sheets for tent coverings as the rainy season approaches.

We pray that many Tuaregs would find the courage to seek the truth about Jesus, because the majority will shame them with childish but powerful teasing and mockery if they show interest. We also pray that our Father would grant strong courageous faith to the minority of believers among them.

God bless you and give you strength and courage in Him as well today.
Ace & Cecilia

Pictured are Tuareg beneficiaries of subsidized food staples and tarps from this month.